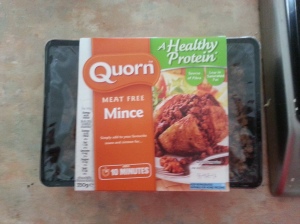 My friend went out shopping and inexplicably brought back this and I was all like “I can totally blog about this“. So I have.

Quorn is loved by vegetarians everywhere who insist it tastes exactly like meat. But what is in Quorn and what does it taste like?

Lets have a look inside the packet and have a quick look! 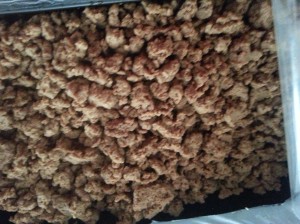 Quorn tastes pretty bland save for a weird barley or malty taste, but this is very subtle. The texture is that of cold scrambled egg and is a little chewy but not tough. It is made from some egg and barley but is 93% mycoprotein which is genetically modified mould. Tru Facts.

But what am I going to make? Well, I haven’t made a curry for ages so I figure such strong flavours would be just the ticket to make Quorn more edible: 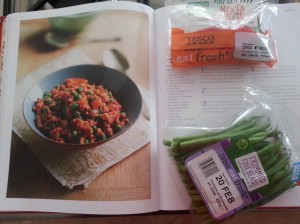 The other ingredients the cook book says are 1tsp each of cumin, fennel and black onion seeds, seeds 2 tspn corriander seeds and 5 green cardamom pods. In addition to this I have some chopped onion and cherry tomatoes: 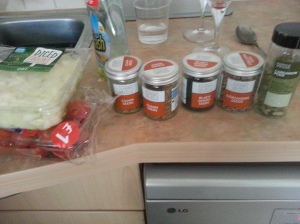 …and all these ingredients I put into a frying pan for around 10 minutes until the onions have started to caramelise, after which I blend: 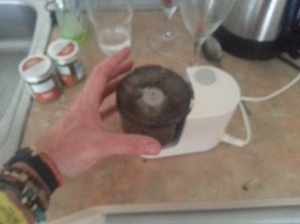 The next step is to add in the tasting-just-like-meat Quorn to the mix: 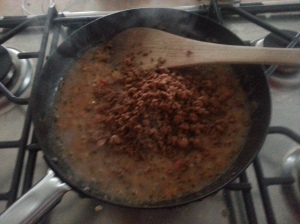 And I will let this cook down for a further 20 minutes which gives me time to prep some more ingredients for the final frying step (more about that later): 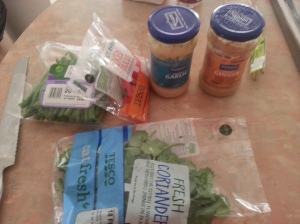 Green beans, mashed garlic and mashed ginger (my friend didn’t have fresh versions so I regrettably had to use jars). 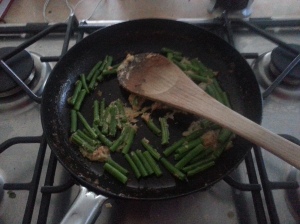 The final step is to add my Quorn curry base and let everything infuse together with some fresh corriander (which will take about 10 minutes on a very low heat..).

In the meantime my friend makes some flat bread from strong white flour, chili oil and salt… 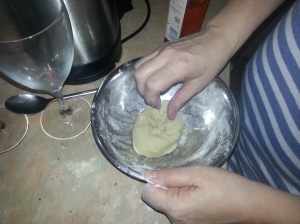 And I make a delicious yogurt dip with some Worcestershire sauce: 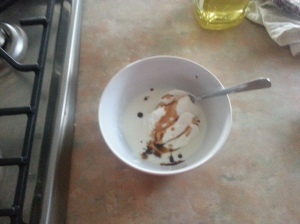 To complete the meal I make a blueberry lassi (1:1 blueberry yogurt, milk) and serve: 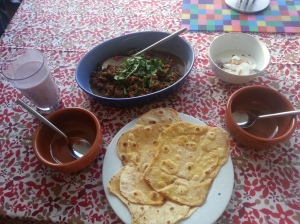 …and how does it all taste?

IN YOUR FACE carnivores! Well, I’ll be damned! I swear if I was served this in a restaurant and you said it was meat mince I’d totally believe you. The Quorn has taken up a huge amount of flavour and is really super nice: tangy, spicy, aromatic! In fact the whole curry combo with the bread and yogurt is a sure-fire winner. You need to try this! The only negative is that I can taste the slightly vinegary pickled ginger I used so if you were to try this recipe for heavens sake don’t use pickled ANYTHING.

So, have you tried Quorn meat free mince? You have? Well, why not head over to the  Facebook page and talk to other food nerds all about your exploits!