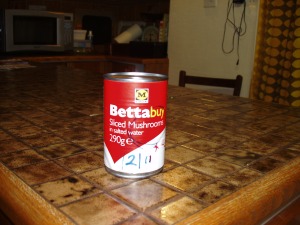 I was looking around the cupboards in the kitchen and came across this tin. I’m guessing it would be most useful during a nuclear holocaust as it’s two years out of date already.

So, what’s inside the tin? 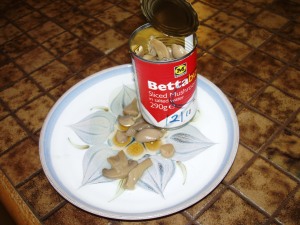 And how’s they taste?

They taste fine, but because they’ve been in a tin for over 3 years, very metallic, but yeah, OK; mushroomy-ee-y.

So what  cooking adventure do you think can I take these little guys on?

Paterson Pancake “Make a cocktail using the juice and some alcohol ,garnish it with one of the mushrooms on a cocktail stick”

and Brittany Hugley says “I hate them, they taste odd canned, rubbery. Not sure there is any redeeming Qualities here”

Luckily, after travelling down this road for all of five minutes I spy this at the back of another cupboard: 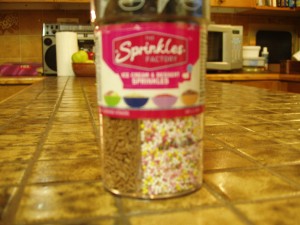 It seems fairly obvious to me that I’m going to make some kind of delicious trifle involving tinned mushrooms!

I begin by looking for more ingredients around the kitchen and assemble the following: 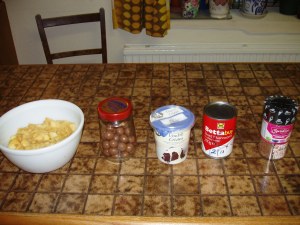 And I’ve drawn this accurate and not-hard-to-follow-at-all diagram that explains to y’all how my mushroom trifle will be constructed: 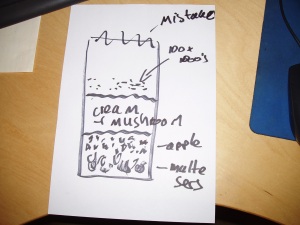 Right, let’st start by warming then blending them mushrooms in some milk: 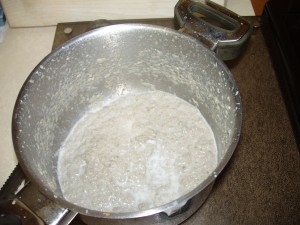 FYI, this took ages cos the wee bam’s were really rubbery…

Next, I crush the Maltesers and whip the cream: 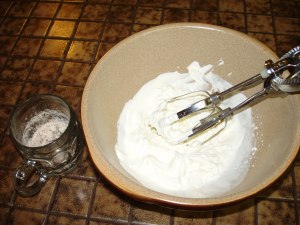 The final step is to assemble my amazing fungi-flavoured tower of goodness: 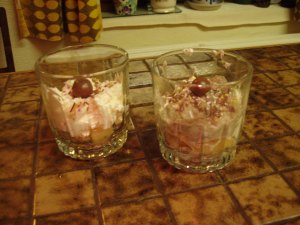 And how do they taste?

Well, the normal trifle is super tasty; rich, crunchy, sweet and the apples cut through the dessert nicely…mind you, after a few mouthfulls it begins to get a bit sickly cos I overwhipped the cream.

On to the mushroom version….

It’s edible, I’ll grant it this much, but when you get a big spoonful of the mushroom sauce you almost gag a little because of its saltiness and rubbery, chewy texture, so I eat the rest by carefully choosing my spoonfuls so they don’t contain too high a ratio of the fungi.

Overall, I’m going to give this dish a big fat meh; neither a fail nor a pass. But I’m sure that you could somehow use fresh creamy mushroom sauce and make this trifle idea really work (and win CDWM or something like that).

So, did you like my mushroom dessert? Or maybe you’re dead set on taking the fungi-trifle challenge? In which case cast your spores to the Facebook page or even Twitter.

And if you can be bothered I’ve entered this blog event thing and I might get a chance to go to an awards do where I can drink myself virtually unconscious on the free bar before making a rambling and incoherent acceptance speech.

I also blog at huffpost…

FYI I used the rest of the mushroom sauce for a soup which was fine. Cos I know you wondered.